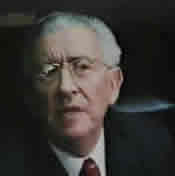 Maurice Bucaille was born to a French parent and, like his family, he grew up a Christian. When he ended his secondary education, he joined Faculty of Medicine, France University. He excelled at medicine until he obtained a BSc degree and worked hard until he rose to fame, becoming the most renowned and cleverest surgeon ever in modern France, but a story happened to change his life completely.

Story of his conversion to Islam:

France is known for its unique interest in archeology and heritage. When  French Socialist President François Mitterrand assumed power in 1981, France asked Egypt, late in the eighties, for the mummy of Egypt's pharaoh so that it would conduct a string of monumental and processing experiments. Actually the body of Egypt's most notorious tyrant was transferred to France, and, strangely, the French president and his ministers as well as senior officials in the country lined up near the plane carrying the pharaoh's body and bowed down to him as if he were still alive! After the ceremonies of the royal –like reception to Egypt's pharaoh were over, the tyrant's mummy was carried nearly in the same red carpet reception way he received. Then the mummy was transferred to a special wing at the French Monuments Center, and renowned archeologists, surgeons and anatomists started to conduct a study on this mummy in an attempt to delve into its mysteries.

The senior surgeon and the scientist in charge of the study on this mummy of the pharaoh was Professor Maurice Bucaille. While the processors were busy making restoration to the mummy, their head (Maurice Bucaille) was thinking otherwise. He was trying to discover how this pharaoh died when, late at night, he concluded his final analyses. The remains of the salt stuck in his body was a shining evidence that he had drowned and that his body was retrived from the sea swiftly after he drowned; it was also obvious that they rushed to mummify his body so that his body would remain intact!! But he (i.e. Maurice Bucaille) puzzled over a question: How did this body- to the exclusion of other mummified bodies of other ancient Egyptians- remain that intact although it was recovered from the sea?" He asked himself.

Maurice Bucaille was busy conducting a final report while thinking as to whether the pharaoh's body was recovered from the sea and mummified immediately after he drowned. But one of his company whispered in his ear, saying" There is no need to rush about this issue, since the Muslims say that this pharaoh did drown". At first, he vehemently rejected this say and did not believe it, citing that such a discovery would be reached only through sophisticated, modern and accurate computers. Another one accompanying him surprised him more when he told him that the Muslims' Qu'ran in which they believe narrates the story that says he drowned and that his body remained intact even after he drowned. He got more surprised and kept on asking" Where did the Muslims' Qu'ran quote these data from while the mummy was not discovered until 1898 AD, i.e. about 200 years only, given that the Qu'ran has been recited by Muslims for over 1400 years, and given also that until a few decades ago the entire mankind including Muslims did not know that the ancient Egyptians had mummified their pharaohs?!.

Maurice Bucaille stayed up all this night gazing at Pharaoh's body, thinking deeply of what his fellow researcher told him about the Muslims' Qu'ran explicitly establishing that this body was recovered after drowning, while the Christians' Gospel (Matthew and Luca ) narrated only the story of pharaoh when he was chasing Messenger Musa( SAWS) without mentioning the fate of his body at all.

"Is it believable that Mohammed ( SAWS) knew about this over one thousand years ago while I have only just known it ?!" he said to himself .

Maurice spent a sleepless night, and asked for a version of the Torah. He devoted part of his time to reading the Exodus in the Torah which read, "And the water turned to drown the military tools and horses of Pharaoh's army, chasing all of them until it left nobody".

But this text only furthered Bukaille's astonishment; since even Torah did not narrate that the body was recovered and remained intact due to the processing and restoration which it did undergo.

France sent back the mummy to Egypt in a splendid glass coffin. But , since he knew about the story circulated by Muslims on the intactness of this body, he decided to pack his baggage and travel to Saudi Arabia where a medical conference happened to be held with a galaxy of Muslim anatomists attending.
There, told them about his discovery, i.e. that Pharaoh's body was kept intact even after he drowned. One of the conferees opened the Mos'haf and read out the ayah in which Allah, SWT, said, " So today We will (safely) deliver you with your body that you may be a sign to the ones succeeding you; and surely many among mankind are indeed heedless of Our signs.” (Yunus, ayah 92).
In his excitement, he stood before the attendants and loudly said, "I have converted to Islam and believed in this Qu'ran"

Back to France, Maurice Bucaille completely changed and spent ten years only busy conducting a study as to how far the recently scientific facts match that mentioned in the Holy Qu'ran, trying to reassure himself that the Qu'ran has never contradicted with any single scientific fact, so that he eventually came up with the conclusion that Allah, SWT, said of the Qu'ran, "Untruth does not come up to it before (Literally: between its two hands) it nor from behind it; a successive sending down from (One) Ever-Wise, Ever-Praiseworthy.

These years which French Maurice spent conducting this study did bear fruit, after which he came up with a earth shaking book on the Holy Qu'ran which jolted the entire Western states, with the title of the book reading ," The Bible, The Qu'ran and Science, The Holy Scriptures Examined In The Light Of Modern Knowledge"

All of a sudden, the book sold out , and even hundreds of thousands of it were translated from French to Arabic, English, Indonesian, Persian, Turkish and German, extending to include nearly all East and West bookstores; one has come to see it with any Egyptian, Moroccan or Gulf person in the US.

Some of the Jewish and Christian Clergy, out of malicious hatred, have come to counter the facts which the book established. However, what they wrote was nothing but a futile debate and desperate attempts through devilish suggestions. One of them, by name of Dr. William Campbell, authored a book titled, "Qu'ran and Holy Scripture, in the Light of History and Science" . In this book of his, he wandered and wandered but in the end he failed to achieve anything. More surprisingly, a Western scholar kept on reading the book authored by Bucaille in an attempt to counter it, and by the time he ended it, he had converted to Islam and openly uttered the two parts of the Sahabah!

In the preface of his book, Maurice Bucaille said," These scientific areas which Qu'ran established to the exclusion of other Scriptures filled me with deep surprise early on, since it never struck my mind to see such a large amount of scientific issues in such a variable and accurate way that they are a mirror image of what has recently been discovered in a book which has existed for more than 13 centuries.!!

He also said," First, I studied the Holy Qu'ran in a subjective and unbiased way, in an attempt to find by myself that the Qu'ran texts and the givens of the modern science match and do not conflict. Before this study, I earlier knew, through the translated versions of the Qu'ran, that the Qu'ran stated so many natural phenomena. Thanks to the in -depth study of the Arabic text , I managed to gather a list of scientific signs in the Qu'ran, after which I realized that the Qu'ran contains no refutable ayahs, nor did I see scientific ayahs in the Qu'ran which contradict with the recently discovered facts. In the same subjective and unbiased way of research, I scrutinized the Old Testament and Holy Scriptures. Concerning the Old Testament, I needed not go further after I read the Exodus and found no harmony between its texts and the decided scientific givens in our age. Concerning the Holy Scriptures, one can easily read a text in Matthew Gospel which is in stark contrast with that in Luca, and that the latter presents us with matters which does not absolutely go with the modern science as to Man's life on earth"

Dr. Maurice Bucaille also said, "Anyone who reads the Qu'ran for the first time sees a book which abounds with accurate and easy –to- understand scientific subjects. While one fails to find any contradiction or errors in the Qu'ran, the current Torah abounds with fatal scientist errors. This prompts us to say that if the author of this Qu'ran was a human, then how did he write about facts which never belonged to his age!?"

His book The Bible, The Qu'ran and Science, The Holy Scriptures Examined In The Light Of Modern Knowledge was such a marvelous piece of writing that, in the year 1988, the French Academy awarded him its prize in history.