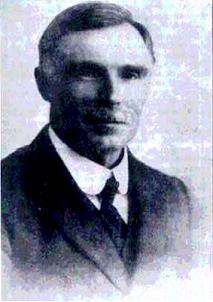 He was born William Pickthall in 1875 in London, to an Anglican clergyman, and spent his formative years in rural Suffolk. He was contemporary of Winston Churchill at Harrow, the famous private school. During intervals from living a sedentary life in Suffolk, Pickthall travelled extensively in the Arab world and Turkey. In 1917, Pickthall reverted to Islam and soon became a leader among the emerging group of British Muslims.

In 1919, Pickthall worked for the London-based Islamic Information Bureau that among other things published the weekly Muslim Outlook. After completing his last novel The Early Hours in 1920, he departed for his new assignment in India to serve as the editor of the Bombay Chronicle. Pickthall devoted considerable interest in the independent Islamic empire of India that was gradually eroded through a string of British conspiracies. In 1927, Pickthall took over as the editor of Islamic Culture, a new quarterly journal published under the patronage of the Nizam of Hydrabad. He gave eight lectures on several aspects of Islamic civilization at the invitation of The Committee of "Madras Lectures on Islam" in Madras, India. His lectures were published under the title "The Cultural Side of Islam" in 1961 by S.M. Ashraf Publishers, Lahore. For an abridged version of his fifth lecture, point your browser to Tolerance in Islam.

The mission of 'translating' the Qur'an had preoccupied Pickthall's mind since he reverted to Islam. He saw that there was an obligation for all Muslims to know the Qur'an intimately. In 1930, Pickthall published The Meaning of the Glorious Koran (A. A. Knopf, New York). Pickthall maintained that the Qur'an being the word of Allah (SWT) could not be translated.

Pickthall returned to England in early 1935, and died a year later on May 19 at St. Ives. He is buried in the Muslim cemetery at Brookwood, Surrey, near Woking. Sixteen years later another distinguished translator Abdullah Yusuf Ali joined him in this earthly domain.

The hundreds of thousands of Muslims that benefit from Muhammad Marmaduke Pickthall's monumental work The Meaning of the Glorious Qur'an seldom realize that this work was produced in the Nizamate of Hyderabad, the Muslim ruled state in Southern India.

Pickthall, says Peter Clark in his book Marmaduke Pickthall: British Muslim (London: Quartet, 1986), reverted to Islam at a time when Turkey had been defeated at the end of the First World War, and the collapse of the caliphate in Turkey.

In 1919, Pickthall worked for the London-based Islamic Information Bureau that among other things published the weekly Muslim Outlook that regularly reported on the Turkish defense of Anatolia.

When Muhammad Ali, the pan-Islamist educator, editor of the Comrade and the leader of the Khilafat Movement came to London in 1920, Pickthall warmly welcomed him. By that time, Pickthall had already acquired a following in India, and in 1920 he was invited to serve as editor of the Bombay Chronicle. India became his home for the fifteen years.

Pickthall was also a novelist and had dispatched the manuscript of his last novel, The Early Hours to his publisher, before departing on his new assignment. Upon arrival in Bombay, Muslims especially the supporters of the Khilafat warmly received the Pickthalls. It was his love for the Khilafat Movement that led Pickthall to appreciate Mohandas Karamchand (M.K) Gandhi, the Hindu leader who in order to broaden the anti-British front had started lobbying for Hindu support to the Movement.

Muslim communities throughout India invited Pickthall to deliver Friday khutbas as well as lectures. Two years after his arrival in India, Pickthall took up the study of Urdu, the contemporary language of the Muslims of South Asia.

He was born William Pickthall in 1875 in London, to an Anglican clergyman, and spent his formative years in rural Suffolk. He was contemporary of Winston Churchill at Harrow, the famous private school, and had ambitions to join the army and the foreign service. During intervals from living a sedentary life in Suffolk, Pickthall travelled extensively in the Arab world and Turkey. In 1917, Pickthall announced his conversion to Islam and soon became a leader among the emerging band of British Muslims.

LOVE FOR A MUSLIM STATE

Pickthall devoted considerable interest in the independent Islamic empire of India that was gradually eroded through a string of British conspiracies [Muslims in India - An Overview]. Many Indian states that had been allies and off-shoots of this empire had evaded absorption into the British Indian empire and preserved a nominal independence in contrast to 'British India.' The largest of these states was the Nizamate of Hyderabad.

Naturally, Pickthall wanted to work for the Nizam of Hyderabad and when in 1925, he was offered the job of a school principal there, he gladly accepted. Hyderabad was then a city of 400,000 inhabitants, located on the southern bank of the Musi River, and capital of the eponymous state that had a population of some twelve million. Although the ruling family was Muslims, the majority of the subjects were not.

The Nizam, Mir Osman Ali Khan, who had been a ruler since 1911, was a patron of Islamic scholarships and of Arabs, especially those from the Yemeni province of Hadramaut. A benevolent despot, he enjoyed the loyalty of all his subjects and recruited civil servants, not only from all over India but even overseas. In the words of Pickthall, Hyderabad "is a sort of capital for all Muslims." The Nizam, himself a poet in Persian and Urdu, made Hyderabad the chief cultural center of India.
In the Nizam's Hyderabad, Pickthall saw the practical application of Islam's tolerant polity. Over the period Pickthall gained greater access to the Nizam and was assigned more important functions of state.
SERVICE TO ISLAM

The most important work that Pickthall did during his stay in Hyderabad consisted of the tasks he undertook in the service of Islam. In 1925, Pickthall was invited by the Committee of Muslims in Madras to deliver a series of lectures on the cultural aspects of Islam. The collection of these lectures published in 1927, present Islam in a manner that could be understood by non-Muslims.
The same year, Pickthall was appointed editor of Islamic Culture, a new quarterly journal published under the patronage of the Nizam. Among the many authors whose works were published included younger scholars like Dr. Muhammad Hamidullah and Muhammad Asad (formerly Leopold Weiss). Interestingly both these writers eventually blossomed into accomplished authors and are now respected for their translations of the Qur'an into French and English.

In 1928, Pickthall took a two-year sabbatical to complete his translation of the meaning of the Qur'an, a work that he considered as the summit of his achievement.
Like any other Muslim scholar, Pickthall too maintained that the Qur'an being the word of Allah (SWT) could not be translated. He wrote in his foreword: "The Qur'an cannot be translated." Understandably he titled his work that he finally published in 1930 as The Meaning of the Glorious Koran (A. A. Knopf, New York 1930), declaring that it is a simply a meaning of the Message and not a presentation in English of the Arabic text. It was first by a Muslim whose native language was English, and remains among the two most popular translations, the other being the work of Abdullah Yusuf Ali.

The mission of 'translating' the Qur'an had preoccupied Pickthall's mind since he reverted to Islam. He saw that there was an obligation for all Muslims to know the Qur'an intimately. Even while serving as an imam in London in 1919, he often put aside the then available translations and offered his own in the course of his khutba.
His devotion to the Book - a "wonder of the world" - was profound and he noted that while he had great difficulty in remembering a passage in his native English, he could easily memorize "page after page of the Qur'an in Arabic with perfect accuracy." Pickthall warned against the danger of adoring the book rather than its content. He chided the Muslims to "keep the message always in your hearts, and live by it." In his introduction to the surahs, Pickthall has powerfully focused on the universality of Islam.

During the course of his translation, Pickthall consulted scholars in Europe, and as a conscientious Muslim he wanted to secure the approval of the most learned authority, the ulema of Al-Azhar in Egypt. Towards this end, he travelled to Egypt in 1929 and stayed in Cairo for three months where he had the support of Rashid Rida. Some scholars suggested that the king reportedly believed that translating the Qur'an was a grave sin and any one aiding Pickthall could be dismissed from Al-Azhar. Pickthall brushed aside their various suggestions and continued consulting the Al-Azhar scholars.

C. E. Bosworth in his Encyclopaedia of Islam says that Pickthall was "familiar with European Kur'an criticism", which he accepted and applied selectively.

Allen and Unwin published Pickthall's work under license from Knopf in England in 1939. Later, Pickthall completed an edition of his translation with corresponding Arabic text (mushaf) within days of his final departure from India. This bilingual edition was first published in two volumes by the Government Press in Hyderabad. Allen and Unwin also took over this edition in 1976. In 1953, the English text was issued in New York as a paperback in the New American Library.
Pickthall's translation itself has been translated. In 1958 extracts were put into Turkish by (inasi Siber) in Ankara. Other extracts were published by M. Cevki Alay and Ali Kitabo in Istanbul the same year. In 1964 it was rendered into Portuguese in Mozambique and in 1960 a trilingual edition - English, Arabic and Urdu - appeared in Delhi. It has also appeared in Tagalog, the language of the Moro Muslims in the Philippines.

In 1982, in response to criticism by a Pakistani scholar, Pickthall's translation was scrutinized by the Islamic Ideological Council of Pakistan and found to be a satisfactory translation. Earlier, his successor as editor of Islamic Culture, Muhammad Asad produced a new translation of the Qur'an after expressing dissatisfaction over Pickthall's knowledge of Arabic. Similarly, Professor Ahmed Ali of Pakistan prefaced his translation that he had undertaken the work to correct Pickthall's "errors.

In early 1935, Pickthall, just shy of sixty, retired from the Nizam's service and returned to England. In 1936 he moved to St. Ives where he died on May 19, 1936 and was buried in the Muslim cemetery at Brookwood, Surrey, near Woking on May 23. Later another illustrious translator Abdullah Yusuf Ali was to join him in this earthly domain.

Perhaps the eulogy published in Islamic Culture summed up this illustrious life that Muhammad Marmaduke Pickthall was a "Soldier of faith! True servant of Islam!"