Warning: count(): Parameter must be an array or an object that implements Countable in /home/english/public_html/libraries/cms/application/cms.php on line 464
 Fasting: Its Nature and Purpose - Quran and Science 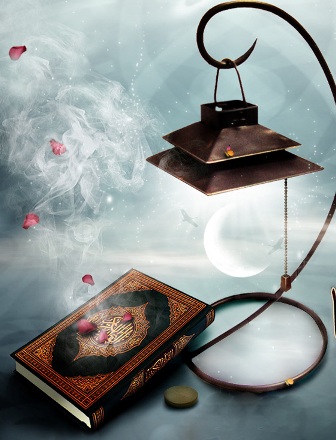 "It was in the month of Ramađān that the Qur’ān was revealed: a guidance for mankind and a self-evident proof of that guidance and a standard to distinguish right from wrong. Therefore, whoever of you is present in that month shall fast throughout the month;…." (Quran 2:184)

For the Muslim community, or ummah, duty-bound to undertake a campaign of struggle, i.e.  jihad,  as a means of establishing God’s universal order, to assume the leadership of mankind, and to stand witness against the rest of mankind, it is only natural that fasting should he made obligatory. Fasting is a means of testing man’s determination and will-power, and an important aspect of man’s relationship with God. It is a discipline that teaches man  how to rise above his physical needs and overcome the pressure of temptation in order to earn God’s blessings and reward.

These are essential ingredients for the discipline and training of the believers so that they may carry God’s message forward despite the temptations, the obstacles and hardships they are bound to encounter.

Although I am not in favour of justifying religious obligations and practices, especially in matters of worship, on the grounds of their immediate material benefits, which become apparent with experience or through scientific discovery, I would not deny that fasting has several obvious health benefits. But in my view, the whole purpose underlying religious obligations is far greater and more comprehensive than any physical advantages gained from them. The overall aim is to adequately equip man for the fulfilment of his role in this world and for the perfection he is intended to achieve in the life to come.

It is obvious that all religious practices and obligations are ordained by God with full consideration of man’s physical needs and capabilities, but we should not justify them solely on the basis of what our knowledge, limited as it is, may discover. The scope of human knowledge remains limited and incapable of comprehending the divine wisdom behind the order and the system God has chosen for the discipline of man and the administration of the universe as a whole.

This important announcement begins by addressing believers directly to remind them of who they are and of their status with God. God is aware that for believers to fulfil any religious obligation, regardless  of its immediate benefits, they need encouragement and motivation. Hence they are addressed by their essential quality of having faith.

The verse establishes that fasting had been made obligatory for earlier believers, and that the aim behind it is to open  their hearts to God and make them more conscious of Him. This, then, is the principal objective of fasting: to be God-fearing, or taqwā. Fasting, when observed in obedience to God and in pursuit of His pleasure, instils and revives this quality in the human heart and acts as a safeguard against evil and wrongdoing. True believers know and appreciate the value of being God-fearing in God’s sight. Hence, they constantly seek to enhance their sense of it. Fasting is a means to achieve just that.

Fasting is prescribed for a specific number of days. It is not required the whole year round. Nevertheless, those who are ill or travelling are exempt from fasting until they recover or return home.

On the face of it, the type and extent of the illness and the travel to which the exemption applies are left unqualified. Therefore, any kind of illness or travel would exempt one from fasting, provided one makes up for it at some other time, after one has recovered or returned home. This would seem to be the most appropriate interpretation of the Qur’ānic statement, truly reflecting the overriding Islamic objective of mitigating hardship and relieving discomfort. The concession is not conditional on either the severity of the  illness or on how arduous the journey is, because in all cases people should not have to undergo any undue strain as a result of fasting.

There could be other considerations, known only to God, for leaving the conditions so general. Fasting during illness or in the course of a journey could result in hardship or adverse effects that human beings cannot foresee or predict. We take the ruling as it is stated, in the certain belief that there are valid reasons behind it.

Some people may fear that such a view may encourage a more lax attitude thatcould lead to abuse of such concessions, rendering them an easy excuse forneglecting religious observances and practices. This concern is said to account for thestrict terms set by Muslim scholars on the use of these concessions, but it should not,  in my view, justify the need to restrict an unqualified Qur’ānic ruling such as the oneunder discussion.

Islam does not lead people to obedience by force. It guides them through theirconsciousness of God, which is the ultimate objective in this particular case. Thosewho use concessions to evade religious obligation merely bring their own faith undersuspicion, because their attitude negates the very purpose of the obligation.

Above all, it is important to keep in mind that Islam is a religion laid down byGod not by man, and He is best aware of how much tightening or relaxation isprudent in fulfilling its obligations. It must be the case, then, that a concession canunder certain circumstances serve a particular purpose far more effectively thanwould strict adherence to the rule. From this we find that the Prophet Muĥammadinstructed Muslims to avail themselves of the concessions and exemptions God hasallowed them.

If it so happens that in certain generations people’s behaviour tends to becomecorrupt, reform will not be achieved through a stricter application of religious rules.  A better chance of reform would come through enlightenment, education andmotivation in order to instil the quality of fearing God in people’s hearts.

At times of social decline, a stricter application of religious rules would, indeed, bedesirable as a deterrent in matters relating to public or collective behaviour. But thefulfilment of personal religious obligations is largely a matter between God and eachindividual, with little or no direct influence on the public interest. In public duties — unlike personal religious duties which are based on faith — appearance and formhave considerable significance. Once taqwā, or the fear of God, takes its roots, onewould not resort to concessions except when absolutely necessary, and with a clearconscience. A concession is thus exercised only when one is fully satisfied that it isconducive to achieving a higher degree of obedience to God.

Strictness in the application of the rules relating to acts of worship generally, andthe tendency to restrict unqualified exemptions, can be counter-productive. Besidescausing hardship and discomfort, they have little effect in dissuading those whowant to evade the rules. It is far more appropriate to approach Islam and understandit within the terms and the framework in which it is presented by God, who is wiserand more aware of all the advantages to be gained from fulfilling its obligations.

Source: in the shades of the Quran