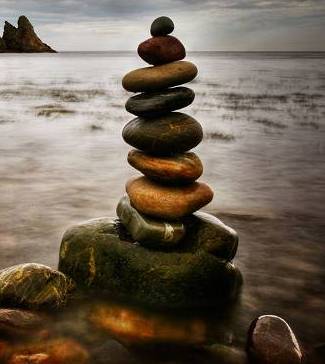 “Believers, seek strength in patience and prayer. God is with those who are patient.” (Quran 2:153)

Patience is mentioned frequently in the Qur’ān. God is aware that patience is an essential element in maintaining a steady and balanced pace in the face of the inevitable hardships and adversities of life. It is a prime requirement for the Muslim community in its universal responsibility for establishing God’s order on earth.

Patience is required on the personal level for observing one’s religious duties, for resisting temptation, misfortune, poverty, oppression and injustice, and for carrying out one’s responsibilities towards the establishment of the Islamic way of life in society. Patience and perseverance are required to remain always on the alert, ready to give whatever sacrifice may be needed. When those who are hostile to God’s cause seem to wield power, when falsehood seems too strong, when help seems to be endlessly delayed and the destination too far away patience and perseverance are the most important qualities to have. They are also needed to face those who are deviant, erring, harsh and persistent in their opposition to the truth.

When victory seems far away and the going gets really tough, people tend to lose heart and give up. To avoid that state of despair, God links patience with prayer, as an inexhaustible source of strength and energy. The two combine to infuse the heart with boundless confidence and fortitude and to impart to the believer total tranquillity, happiness and inner peace.

When man, weak as he is, faces a task that seems beyond his limited resources, when he faces the powers of evil, when he finds temptations and allurements veryhard to resist, when tyranny and corruption are too powerful, seeking support from God Almighty is the only way forward. As the goals of one’s endeavour seem to recede and life becomes shorter and shorter, despair starts to creep into one’s heart and mind. As the twilight of one’s life approaches and all achievements seem trivial and meaningless, one realizes the value and significance of prayer. It is a spring that never ceases to flow with spiritual strength and tender compassion.

The value and role of prayer lie in its being the direct link between God and man.

It is the means by which man, an insignificant mortal, draws strength, reassurance and help from God’s infinite power and everlasting mercy. It is the source from which man, a frail creature, replenishes his energy and renews his power and strength to face and resist his own inner temptations and prejudices, as well as the temptations and pressures of the world around him. It is the key to the treasures of God’s grace, and the fountain of light which illuminates man’s heart with inner peace and tranquillity and leads him through the darkness of doubt and confusion to the certainty of faith and trust in God Almighty. It is an occasion for rest, serenity and peace of mind. It is no wonder, therefore, that the Prophet Muĥammad (peace be upon him) used to resort to prayer whenever things became difficult to cope with.

He used to ask Bilāl, his Companion, to make the call to prayer, saying: “Bring us its comfort.”

Worship is the essence of the Islamic way of life, which revolves around its mysteries and hidden qualities. It is a source of sustenance in the long journey of life; it purifies the heart and gives the human spirit its inner powers. It goes hand in hand with responsibility and obligation, because it is the key to our appreciation of our responsibilities and obligations in life and to the satisfaction and benefits we draw from fulfilling them.

When God Almighty commissioned Muĥammad for his great and historic task, He said to him: “Stand up in prayer at night, all except for a small portion of it; or half the night or a little less, or a little more, and recite the Qur’ān in a calm and distinct manner. We are about to address you with words of surpassing gravity” (73: 2-5)

Prayer during the night and recitation of the Qur’ān were the essential means of preparing Muĥammad for the stupendous task of conveying God’s message to mankind. Prayer opens the human heart to hope and enlightenment, reinvigorates one’s relationship with God, mitigates the struggle for life, and provides one with inspiration and confidence.

For the believers in that small fledgling Muslim community, poised to embark on their momentous task, the sūrah reinforces that reassurance by saying: “God is with those who are patient.” God is always there to provide the believers with help and comfort, to lend them His support and replenish their sapping morale and fadingenthusiasm. It is noteworthy that the verse starts by making its address exclusively to the believers, and concludes by reassuring them that patience ensures God’s help.

Numerous reports have been handed down that tell us how highly the Prophet himself viewed the qualities of patience and perseverance, and how deeply he had thought about them. Some of them are quite relevant to our discussion.

The Prophet’s Companion, Khabbāb ibn al-Aratt, said: “A group of us once appealed to God’s Messenger while he was resting in the shade of the Ka`bah. We said, ‘Would you please appeal to God to help us? Would you kindly pray for us?’ He replied, ‘In days gone by, believers like yourselves used to be put in ditches and have their heads sawed in halves, and have their flesh scraped off the bone with iron combs. They withstood all that torture, held on to their faith, and never wavered. I swear that God Almighty will establish this religion so that a man can travel from San ‘ā’ [in western Yemen] to Ĥadramawt [in eastern Yemen] fearing none but God, and the wolf for his sheep. But you are impatient!” [Related by al-Bukhārī, Abū Dāwūd and al-Nasā’ī]

Another Companion of the Prophet, `Abdullāh ibn Mas`ūd says: “I can almost see God’s Messenger in the same position as an earlier prophet who was beaten by his people until he bled. But even while he was wiping the blood off his face he said: ‘Lord, forgive my people, for they do not know the truth.’” [Related by al-Bukhārīand Muslim]

Source: In the shade of the Quran