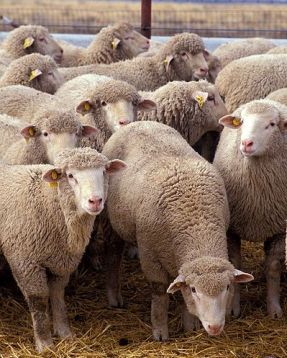 This new research is prepared to benefit the reader and is dedicated as scientific running alms to the spirit of my beloved parents, God bless their souls; that they may live in heaven.

In this research we are going to unveil some of the treasures, jewels and pearls in miraculous sea of the Holy Quran of which its wonders and miracles that don’t stop to chase us: It was scientifically proved undoubtedly that the Holy Quran spoke about many scientific and universal facts 14 centuries ago before they were discovered and known by modern science.

We will live through this research with some facts the Holy Quran told us about or guided us to follow them and we will see that Quran spoke about these facts in a very scientific accurate language using Court of linguistic and very precise scientific expressions, proving the Quran’s God’s true words, and that prophet Mohammad (pbh) didn’t speak of his own accord but was inspired and dedicated by God’s words and blessing.

In this research I have chosen only one topic of the several topics of the miraculous nature of the Holy Quran which exceeded more than 1000 miraculous topics and it is about “the Islamic method of slaying animals (Zabah Halal) & Human health” which coincides with my field of specialization.

AL ZABAH or the Muslim method of slaying animals for food is an embodiment of Muslim conception of food hygiene and humaneness towards animals. This conception is based on what Allah the Creator of man, and in this context animal, revealed through His chosen persons Adam, Noah, Ibrahim (Abraham), Musa (Moses), Eisa (Jesus) And Mohammed SAS. The conception is neither national, notional, commercial nor Mohammedan. Practice of Prophet Jesuswas the same as that of his predecessors Musa and patriarchIbrahim (peace be upon them) and hence different from Romanand similar "to Muslim traditions.

AL ZABAH is different from every form of killing animals practiced in the West. As opposed to slaughter, AI Zabah, is well defined - a divinely ordained method with sanctions, rules and regulations.

AL ZABAH is the method of bleeding the animal. Less painful but very much like the bleeding of a donor (unlike the latter, the animal is bled to death).

The death of the animal is quickened by initiating a massive haemorrhage (as compared to bleeding a donor from a vein in the arm to collect 340 ml in 10 minutes approximately) by an appropriate cut (a sharp, deep one in the front of the neck).

AL ZABAH is Anaesthesia as we understand anaesthesia today, as opposed to stunning, the primitive form of anaesthesia man has abandoned years ago. The so-called Humane Killers are merely mechanized forms of stunning introduced to ensure a high thorough put (number of killed animals) to suite the mechanized meat packing industry. The pistol produced brain damage on the same principle as the Poleaxes - used before mechanization of meat industry.

Allah has laid down two fundamental principles concerning human health and humaneness to animals in context of slaying them for food.

The command of Allah embodying the said principles in the Qur'an reads as follows:-

"You are forbidden to eat that which dies of itself; and blood and swine's flesh; and that, on which the name of any besides Allah has been invoked; that which has been strangulated, or killed by a blow, or by a fall or by the horns of another beast; and that which has been eaten up by a wild beast except what you shall kill (purify) yourself; that which has been sacrificed on idols. It is likewise unlaw-ful for you to make division by casting lots with arrows. This is an impiety."

Before the fatal incision is made the slayer has to pronounce the words" In the name of Allah" the pronouncement is called Tasmiah. Pronouncement of these words alone and nothing but these words is lawful. The Tasmiah gives animal the quietness and calmness.

It is clear from the above that animals dying naturally and/or accidentally from any of the accidents enumerated above are unlawful unless killed before they are dead. They are purified by draining away the impure blood. This allowance (legal provision) – because of which believer hastens to bleed the animal constitutes an incentive to be kind to the animal. Natural death can be agonizing arid death from the accidental injuries enumerated above is certainly agonizing. The agony suffered by animal in whatever case is terminated by rendering it insensitive to pain - by bleeding it.

Some of the reasons of the prohibition of blood can be easily understood. Blood carries nutrients and chemicals to the tissues and brings back the waste products of tissue metabolism into the circulation. These waste products of tissue metabolism are harmful to the body and are separated from the blood in the kidney. The concentrated solution of these harmful chemicals is excreted in the form of urine. Urine is thus the part of fluid blood.

If the objective is to drain away all the fluid blood in the circulation then what are the physiological and anatomical requisites. It is obvious that blood contained in a closed circuit can only be let out by cutting the blood vessels. Deployment of an incision to cut, vessels and the overlying skin is therefore absolutely essential. The larger the blood vessel, and greater number that is cut open, greater will be the amount of blood poured out through them. It is also obvious that the best place anatomically to cut these vessels is the neck where four major vessels are accessible, lying not far from the skin. It is also evident that the longer the heart beats from the moment the vessels are cut open and the more strongly it beats, the greater will be the blood loss. Conversely the animal which is half dead will bleed only half the time. It is also understandable that the stronger the suction effects of the lungs in the form of rapid and deep breathing greater will be the amount of blood sucked into the heart from the periphery, in turn to be pumped out, and thus thrown out of the body. Rapid breathing also assures adequate oxygenation of tissues and prevents stagnant an anoxia (lack of oxygen) which interferes with the P.H. of the tissues. P.H. of the blood is very important in extracting the blood from the tissues and influences the keeping quality of the meat. It is also conceivable that the squeezing action of the muscles on the blood vessels is essential to pour out the last drop of blood. All these factors are operative only and only when the blood vessels in the neck are severed while the animal is conscious with a normal vaso motor centre, a normal heart and normal circulatory and normal respiratory centre.

Students of physiology would appreciate that Zabah induces haemorrhagic shock, in which all the fluid blood is attracted into the circulation and escapes through the cut vessels, whereas the opposite happens when the animals are stunned first. Stunning in addition to being painful is less efficient way of bleeding. In stunning the animal cannot be bled unless the animal is brought under control by which time the animal could be dead (its heart stopped due to shock) there is then no point in bleeding.

Arterial baroreceptors are vitally important in the short term (seconds to minutes) control of mean arterial pressure (MAP) but are unimportant in determining the long-term level of MAP. This based primarily on two observations: first, those baroreceptors rapidly reset to the prevailing level of MAP and second, that total baroreceptor enervation has no lasting effect on the average daily MAP, although the variability of MAP is increased dramatically. This is the similar case when slaying animals and in purifying process of the meat from the blood, in a very short term (seconds to minutes). The Arterial Baroreceptors & MAP have thus a very essential action during Zabh.

“Careful and critical scrutinizing of this method of slaughtering leaves me in no doubt whatever that it is fraught with less risk of pain to the animal than any other method at present practiced”.

“My opinion as a physiologist is that I should think this method is as humane as any other method in use or likely to be brought into use for the purpose. To consider that the animal suffers appreciablepain is, in my opinion, quite absurd. I consider the method to be equal to any”.

7.Symposium on Humane method of Slaughter and Slaughterhouse techniques. UniversitiesFederation of Animal Welfare.

20.Baroreceptors and the long-term control of blood pressure.T. N. Thrasher, Department of Surgery, School of Medicine, University of Maryland, Baltimore, MD21201, USA. Email: This email address is being protected from spambots. You need JavaScript enabled to view it. Hidmi. Jawad.“Poultry slaughtering plants,mechanism and hygiene”.2003