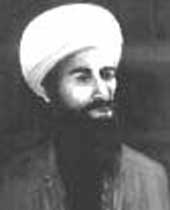 Ibn-Khaldun described him in his book when he came to talk about chemistry and said, ''The pioneer in chemistry was Jabir Ibn-Hayan, they even attribute the science to him and say ‘the science of Jabir’, and he wrote seventy books on chemistry''

He is Abu-Musa Jabir Ibn-Hayan Ibn-Abdullah Al-Azdy, from the Yemeni tribe of Azd. Some of the people of this tribe migrated to Al-Kufa after the collapse of the dam of Ma'areb. He was born in Tus and settled in Baghdad after the establishment of the Abbassid caliphate. His relation was tightened with the Persian family of Al-Baramekah and his life extended from 103-200 Hijri/ 721-815 AC.

Jabir is considered the founder of experimental chemistry. He was the first to acquire his information from experiments, observation and scientific conclusion. He had so many discoveries and works to the extent that chemistry was attached to his name, they used to say ''the chemistry of Jabir'' and ''chemistry is for Jabir'', and also '' Jabir's craft''. He was also named '' the master of chemists'' and '' the father of chemistry.''

Before Jabir, there were merely several primitive old jobs, that mingled with many crafts like embalming (in ancient Egypt), leather tanning, dying, mining and oil purification. But Jabir Ibn Hayan managed to develop chemistry and elevate it from this lowly rank into a high science, by adding so much theoretical, practical and scientific knowledge and by setting the basis and rules for preparing and dealing with chemical substances, thus he is considered the master of chemists without any counterpart.

Chemistry started—as we mentioned in the first article on chemistry—as a superstitious science that depended on old legends. The idea of turning cheap metals into valuable ones controlled the scene because scientists who came before Islam believed that metals such as gold, silver, copper, iron, lead and tin are from the same type, and only differ due to the effect of heat, cold, dryness or humidity on it. These are all changeable attributes according to the theory of the four elements (fire, air, water and earth) and thus these elements can be changed into one another with the aid of a third element, elixir. Based on this view, some scientists from the civilizations that preceded the Islamic civilization imagined that they could invent the elixir of life or the stone of wisdom that can remove the deficiencies of life and prolong life, and this was known as the science of alchemy.

Jabir used to say about this experimental method that ''the condition for perfecting this craft, is work and experiment. He who does not work or experiment will achieve nothing.''

Also, in the first article in the great book of properties he says: ''In this book we mention the properties of what we have seen after experiments and tests  regardless of what we have heard or read. And thus we mentioned what proved to be right and we refused what proved to be wrong and we also compared what we discovered to what people mentioned''

And thus, Jabir made a bigger step than the Greeks, by introducing experiment as a basis for work and not only static meditation.

Jabir's works that depended on laboratory experiments were the most important serious trials in studying nature in an accurate scientific way. He was the first to introduce the laboratory experimental method, and the procedures he pursued in his researches are almost identical to those followed today. His procedures can be summarized in three steps:

The first: the chemist has to set an assumption through his observations so as to explain the phenomenon he wants to explain.

The second: to deduce conclustions based theoretically on his assumptions.

The third: to take these conclusions back to nature and see whether it will support his new findings or not. If they proved to be true, the hypothesis changes into a scientific law that can be relied upon in detecting how nature will react under certain circumstances.

Halymyard was very interested in Jabir's works, his scientific method and his books. He was keen on showing the scientific value of his work, and he said later that ''the special thing about Jabir was that he showed and insisted upon the importance of experiment much more than all the alchemists who came before him''

Jabir conducted so many laboratory experiments, some of which were already known before his time and some of which were new experiments. Among the methods that he used were evaporation, distillation, crystallization, sublimation, filtration, melting, condensation, and dissolution. He studied the properties of some elements accurately and thus discovered the complex silver ammonium ion.

He was the first to notice the precipitates of silver chloride upon adding table salt to silver nitrate. He also used alum to make dyes on cloth permanent. He prepared certain substances that can waterproof clothes; these substances are aluminum salts that are derived from organic salts that contain hydrocarbon molecules. He concluded that fire adds a blue color to copper, while copper adds a green color to fire. He was the first to separate gold from silver using an acid, and he explained in detail the method of preparing arsenic, purifying metals and dying cloth.

He was the first to use the sensitive balance and the extremely accurate weights in his laboratory experiments; he weighed amounts that are less than 1/100 pounds. He was the one who prepared potassium carbonate, sodium carbonate, alkaline lead and antimony. He also used manganese dioxide to remove colors in the glass industry. He also crystallized the theory that states that a chemical reaction is achieved by a combination between the atoms of the reacting elements, and he gave as an example for that mercury and sulpher, when they unite to form a new substance. He used to carry out most of his experiments in a special laboratory that was discovered in the ruins of the city of Al-Kufa at the end of the twelfth Hijri century (the eighteenth century A.C.)

G. Lebon says in his compilations ''A scientific encyclopedia is made from the works of Jabir, this encyclopedia contains the best of what the Arabic scientist achieved in his times. His books contained the description of chemical compounds that were completely unknown before him.''

Jabir had so many works that influenced the West, and they copied from these works. Ibn al-Nadeem said that he had 306 books in chemistry all over the world written in his special style, and although most of them were lost, still eighty of these books are preserved in libraries in the East and West. Robert Alshestry (539 A.H- 1144 A.C), Girard Alcremony (583 A.H-1187 A.C) and others translated most of his books into Latin in the twelfth century. His translated works represent the base from which the modern science of chemistry was launched to the entire world.

The book of Poisons and Preventing Their Damages is the most famous work of Jabir and it is composed of five chapters. He divided poisons in it into animal, plant and rock poisons. He also mentioned the antidotes to these poisons and their reactions in the body. This book is considered a link between chemistry and medicine.

One of his most famous books as well is The Big Book of Properties and its original version exists in the British museum.

He wrote also the book of Measures and it means the work that is dependent upon experiment, the book of Weights, and the book of Iron in which he describes the process of retrieving iron steel from its prime resources, and describes how to make steel by melting in special bowels. He also wrote a book named The End of Perfection and it is an amazing book in chemistry. He also wrote a paper on ovens.

He, additionally, has written papers on mirrors. He wrote The Book of Seventy, which is composed of seventy articles about his most important experiments in chemistry and the conclusions that he reached. It is considered the best of what the Arabs reached in their time.

Furthermore, Jabir has a book on alchemy that he named Mercy. In this book he discusses the possibility of converting metals to gold. He also wrote other books called The Twenty Sentences, The Secrets of Chemistry, The Basis of Chemistry. He had works in mathematics, philosophy and poetry as well. Some of his books were translated to Latin, such as The Book of Seventy and The Book of Mercy, and there are books by him in Latin, that could not be found in the original Arabic version like the books of The Search for Perfection and, The Covenant and The Furnace.

Jabir's books were translated to Latin, and they remained the best reference in the field of chemistry for around a thousand years. His works were studied by famous Western scientists such as, Coup, Bartholiet, Krauss, and Halymard who was fair in his assessment of Jabir and who and put him on the top, thereby eliminating all doubts that were directed at him by unfair or biased scientists. Also, Sarton who enriched a period of time with the history of the Islamic civilization, writes, ''Jabir did not know that the books he wrote could never be perceived to be written by a man who lived in the second Hijri century, because of the vast number of books and because of the abundance of information included in them.''

This is how Muslim scientists were and this is what their creations were like. We ask Allah SWT to give back to our nation its glory and pioneering through the efforts and hard work of its sons and daughters, who follow the footsteps of their ancestors.