In a very detailed and clear scientific interpretation of some Quranic verses, the following videos of a group of well-known scientists confirm the scientific miracles in the holy Quran. 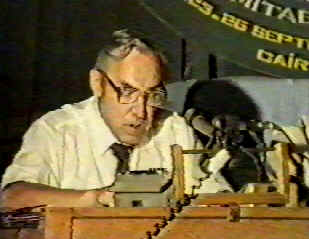 Professor Emeritus Keith L. Moore is one of the world’s most prominent scientists in the fields of anatomy and embryology and is the author of the book entitled The Developing Human, which has been translated into eight languages.  This book is a scientific reference work and was chosen by a special committee in the United States as the best book authored by one person.  Dr. Keith Moore is Professor Emeritus of Anatomy and Cell Biology at the University of Toronto, Toronto, Canada.  There, he was Associate Dean of Basic Sciences at the Faculty of Medicine and for 8 years was the Chairman of the Department of Anatomy.  In 1984, he received the most distinguished award presented in the field of anatomy in Canada, the J.C.B. Grant Award from the Canadian Association of Anatomists.  He has directed many international associations, such as the Canadian and American Association of Anatomists and the Council of the Union of Biological Sciences.