It was commonly believed, for several centuries, that the body is all sensitive to pain.  It was not clear then that there were specialized nerves in the body responsible for transporting all kinds of pain and other sensations, until recently when anatomy has discovered the role of specialized nerve endings in transporting all different kinds of pain. 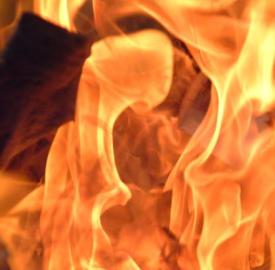 The most significant nerve sensations in the human body are:

Taking skin burns as a distinct cause for the skin sensation of pain, burns can be divided into 3 types:

1-     Burns of first degree (sun burns): these affect the epidermis causing swelling and moderate pain.  The phenomena of redness, swelling and pain usually disappear within two to three days.

2-     Burns of second degree: epidermis and dermis are injured.  In such a case, a detachment occurs between epidermis and dermis, causing the collection of secretions between these two layers. The injured person suffers from severe pain, and excessive increase of pain sensation, due to irritation of exposed nerve ending particularly after the outburst of blisters.  The skin starts to heal within 14 days as a result of the process of renovation and inversion under the skin.

3-     Burns of third degree: the whole skin thickness is burned and perhaps the injury may reach the muscles or the bone.   The skin loses elasticity and becomes rough and dry.  In this case, the injured person does not feel much pain, as nerve endings have been damaged almost completely due to burning.

The Quran states ; “Those who reject our signs, We shall cast into the fire; as often as their skins are roasted through.  We shall change them for fresh skins, that they may taste the punishment; for Allah is Exalted in power; Wise.” (Quran 4:56)

Allah did not say “as often as their skins are burned”, as burning could be partial, but He rather said: “as often as their skins are roasted through”, i.e., totally burned with all nerves of sensation and pain.  So, He the Almighty associated between the sensation of pain and the skin when roasted and burned totally, thus losing its structure and function.  When sensation of pain is lost, a new fully composed and functional skin is replaced, where the nerve ending responsible for thepainful sensation of heat and burn perform and function to make the unbeliever taste the punishment of being burned with fire over and over again.

Anatomy has discovered that small intestines are the longest part in the digestive system, of about 5 meters long. The walls of intestines consist of 3 layers:

1-     The external stratum (serum stratum): its membrane is soft and wet due to the secretion of a serum liquid.

3-     The internal stratum (mucosa stratum): it consists of a mucosa plate and circular or ring folds full of villi, and contains intestinal glands and lymphatic vesicular.

It has been found out that the abdominal cavity is lined with the peritoneum which is fed through the wall nerves feeding the skin, and the muscles of chest and abdomen. These nerves are affected by touch and heat.  The viscera have no nerves for pain or sensation.  Therefore, when the abdominal wall is anaesthetized locally, and the abdomen is open, no sensation of pain or disturbance is felt in the intestines if held, cut or even burned.  But when the intestines are cut or perforated for any reason, its contents come out into the cavity surrounding the viscera, and which is rich in sensitive nerves, the pain is then very severe and the abdomen of the patient is in a state called Board Like Rigidity.  It is an emergency surgical state that requires an immediate operation.

In Quran, Allah the Almighty says about the torment of hell fire; “such are given to drink boiling water, that tears their bowels asunder.” (Quran 47: 15)

The Holy Quran threatens the unbelievers of hot water that tears their bowels. The reasoning underlying this threat has recently become evident.  It has been discovered that intestines are not affected with heat. But if they are cut, hot water therein comes out into the peritoneum which is fed through the wall nerves feeding the skin, and the muscles of chest and abdomen.  These nerves are affected with touch or heat, so the hot water, after intestines are cut, causes the highest degrees of pain.

So the outer torment felt in the skin, is different from that felt in the inner intestines, due to the difference in the nature of skin structure.  The feeling of former torment cannot be maintained unless the roasted skin is exchanged with a new layer, while in the case of intestines, torment is felt only by cutting the intestines with hot water.  Torment is yet continuous: “As for the unbelievers, theirs shall be the fire of Gehannam (hellfire); they shall neither be done with and die, nor shall its chastisement be lightened for them,  even so We recompense every ungrateful one.” (Quran 35:36)

Thus the Quranic scientific miracles are crystallized.  Feeling of pain as perceived in medical facts are very much compatible with the statements of the Holy Quran.