Charity, preached by every religion of the world, is a way of bringing justice to society. And justice is the essence of religion, Islam has therefore made charity that is Zakah, obligatory and binding upon all those who embrace the faith; it has been made into an institution in order to give in permanence and regularity.

A society can flourish only when its members do not spend all their wealth to fulfil their own desires but reserve a portion of it for parents, relatives, neighbors, the poor and the debilitated. 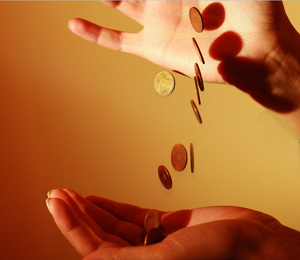 As the saying goes: Charity begins at home. A true believer is thus always prepared, after meeting the needs of his family, to assist other people in need of his help.

Thus the spirit of kindness and well wishing is the essence of charity. The giver is not to expect any reward from the beneficiary as there awaits for him an abundant reward from God - material, moral and spiritual - what God deems it best to confer on His servant.

Charity should be lawfully earned or acquired by the giver. It should include such things as are of use and value to others.

"Charity is for those in need." This is general principle which enjoins us to help people in need, be they good or bad, on the right path or not, Muslims or non-Muslims. No one should judge in these matters. The foremost ends in charity should be God's pleasure and our own spiritual good. The concept of charity in Islam is thus linked with justice. It is not limited to the redressal of grievances. It implies apart from the removal of handicaps, the recognition of the right that every human being has to attain the fullness of life.

The spirit of helping others to earn God's pleasure is best reflected in Muslim society in the field of education.  The greatest charity for a Muslim is to learn something and then teach it to other Muslims in large numbers.  Thus Muslims have devoted themselves to other's education generation after generation. Knowledge is the most wonderful thing in the whole universe. That is why there is nothing greater then knowledge being imparted by one human being to another. Muslims on a large scale have engaged themselves in receiving education and imparting it to others, individually as well as by establishing maktabs and madrasas, that is, primary schools and Colleges. These educational institutions established in the house of the teachers or in separate buildings, generally made no charges for instruction. During the medieval period, these madrasas flourished in tens of thousands throughout the Muslim world. The wealthy people helped in running these madrasas, not only though Zakah, but also by making endowments (wakf), of their properties as these madrasas. The income from these properties met the needs of these schools. The orphans and poor people were given stipends over and above free board and lodging.

There are two forms of charity in Islam - obligatory and voluntary, called Zakah and Sadaqah respectively.

The concept of charity appears in most of the world's religions. The Islamic tradition has rigid laws associated with it. It is said that those Muslims who do not abide by them are surely noticed by their God, Allah (SWT). Charity in Islam is seen as an amplification of the ideal of community within the religion. When a Muslim person raises funds he is not gathering money for a stranger, rather he is acting on behalf of his own family. Everyone in the Islamic community is seen to reside in the house of Allah, as one people. Thus the definition of charity in Islamic tradition differs somewhat from its interpretation in other contexts.

The Qur'an states: 'And be steadfast in your prayer and pay charity; whatever good you send forth for your future, you shall find it with Allah, for Allah is well aware of what you do' (2:110). Charity is central to a Muslim's life.

The best charity is to satisfy a hungry person, said Prophet Muhammad (SAS). He also said "No wealth (of a servant of Allah) is decreased because of charity." (Al-Tirmidhi, Hadith No. 2247).

This writer believes in the axiom "WE KNOW HOW TO MAKE MONEY BUT WE DO NOT KNOW WHO TO SPEND MONEY". We spend the first 20 to 30 years of our lives in acquiring skilled and marketable talents to earn money, but we are not taught how to spend money. We are not given guidance concerning financial transactions.

Spending in the way of Allah 'fee Sabil Allah" e.g. in Hajj, in Jihad, the poor, on widows and orphans or on relatives and friends to help them out. The Qur'an encourages the Muslim to donate their funds: 'the likeness of those who spend their wealth in the way of Allah, is as the likeness of a grain that sprouts seven spikes. In every spike there are 100 grains, and Allah multiplies for whom He will' (2:261). Giving charity is thereby not seen as detracting from income, but rather as a multiplication in terms of spiritual observance. It is like one who sows a good grain of wheat in the field from which grows a plant on which sprout seven ears and each ear yields hundred grains.  As a result, one grain was worth a total yield of 700 grains. When one spends in the way of Allah, he or she receives in return (reward in the Hereafter) on the scale of one to seven hundred.

Sayyidna Abdullah ibn Abbas (RA) said: The rewards of spending one dirham in Jihad and Hajj is equal to 700 dirhams.

How to get 700 grains out of one grain?  This is possible only when the grain is good. The farmer is an expert in the art of farming. The soil for the grain should be good; we need to add fertilizer, water, and sunshine to the plant. One needs to prevent disease to the plant and also prevent the plant to be eaten by cattle, etc.  Similarly that which is spent in the way of Allah should be clean, pure and Halal (lawful)- BECAUSE ALLAH ALMIGHTY ACCEPTS NOTHING EXCEPT WHAT IS CLEAN, PURE AND HALAL.

Spender should be good in intentions and righteous in deeds. The one to whom Sadaqah (charity) is given should also be deserving of it. It should not be wasted by spending on the non-deserving.

Masnoon (according to Sunnah)

Abu Hurayrah (RA) reported Allah's Messenger (peace be upon him) as saying that Allah, the Most Blessed and High, said: O son of Adam, I will spend on you. The right hand of Allah is full and overflowing and nothing would diminish it, by overspending day and night. (Sahih Muslim; Kitab al-Zakat; p. 477)

The following five words are the most frequently used words to describe charity in the Noble Qur'an:

2. Ihsan Meaning the doing of good or (kindness and consideration

4. Sadaqah Derived from the root sidq and meaning truth, and comes to signify charitable deed